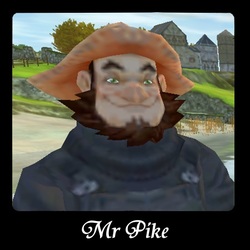 "Elsewhere in the world, children are scared with tales of terrible monsters such as werewolves, vampires, and ghosts. Here in Harvest Counties we tell scary stories about the Killer Whitefish instead. The difference? The Killer Whitefish is for real!

It's a true beast, an incarnated evil. A behemoth which eats great white sharks for breakfast. But the time has come. I've seen you grow as a fisher and you're ready for the task which I haven't dared to entrust anyone else."

BE WARNED - THE KILLER WHITEFISH BITES!!