Players need to have Star Rider status and be able to get to Jarlaheim to take part in ... 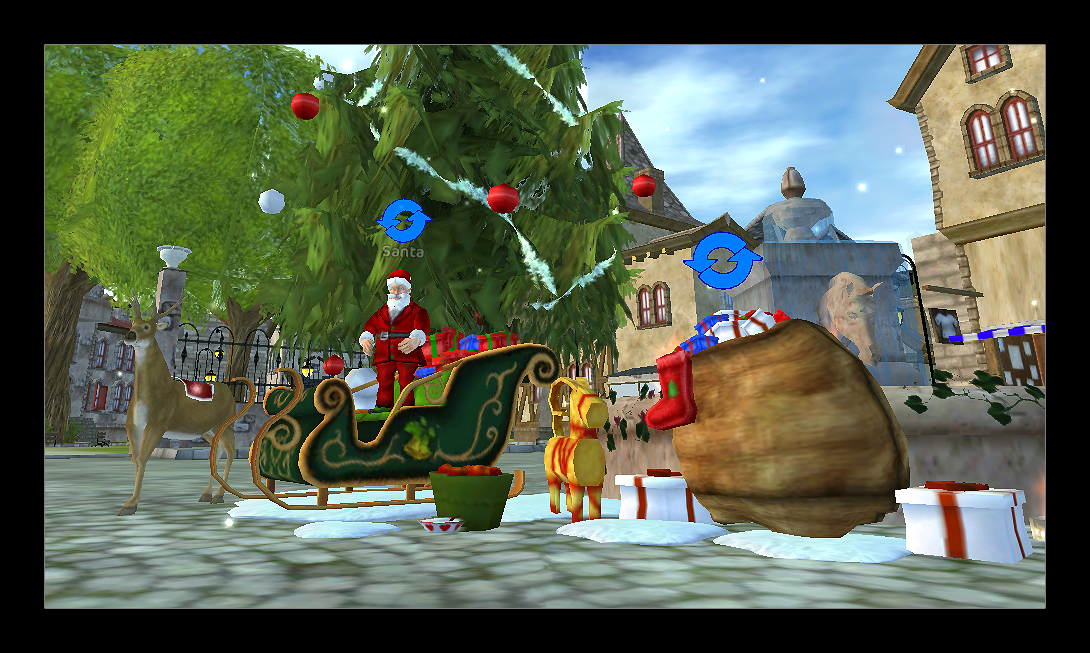 'Christmas Wishes' or 'Fragments of Christmas'

Ho Ho! During Christmas, many of the holiday missions players complete will reward them with 'Christmas Wishes' or 'Fragments of Christmas'. The Christmas wishes players are reward can be exchanged for presents! Players who have a Christmas wish can fetch a gift from Santa's Sack. To complete the exchange players need to have their Wishes or Fragments in their local inventory, if stored in their home stable, players will need to retrieve them first.

Players who have three 'Fragments of Christmas' can exchange them for a 'Christmas Wish', which in turn can be used to gain a present. So, three  fragments turn into a wish, and one wish will become a present. The presents contain a little bit of everything and is completely random, players can end up receiving the same present several times. Santa's sack of gifts contains approximately 50 different presents!

On the 27th November, 2013 Christmas stores were opened in the Moorland Stables, Silverglade Village, Cape West Fishing Village, and in Jarlaheim!

Every week new clothing and gear will be added.

When players have completed the holiday missions in Jarlaheim, the daily Christmas preparations begins! These daily missions will give players Fragments or Wishes. The closer to Christmas players get, the more people will depend on them for various preparations. Players look in your daily quest log to see which Jorvik resident needs your help!